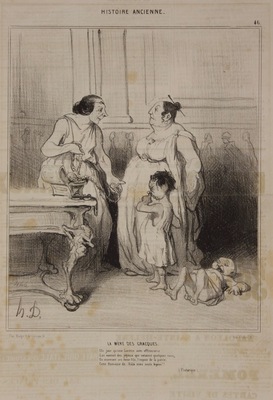 Translation: THE MOTHER OF THE GRACQUES. One day when a Lorette with effrontery praised to him jewels which were worth some under, By showing her two sons, hope and the fatherland, This Roman says: Here are my only jewels !! (Plutarch.)