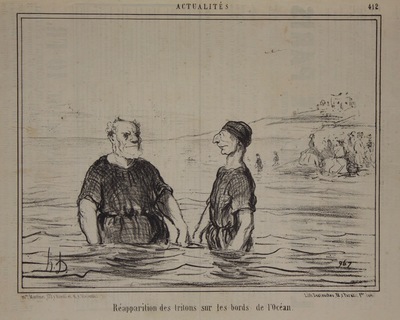 Translation: Reappearance of newts on the shores of the Ocean.

Small tear on left side of paper