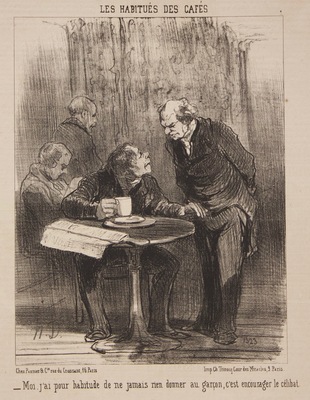 Translation: I usually never give anything to the boy, it is to encourage celibacy.