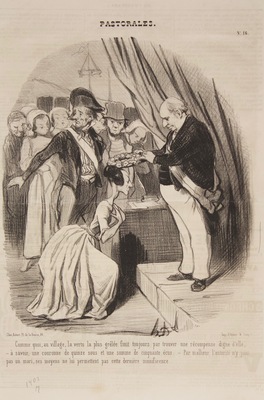 Translation: Like what, in the village, the most hailed virtue always ends up finding a reward worthy of it, - namely, a crown of fifteen sous and a sum of fifty ecus. - Unfortunately, authority does not join a husband, its means do not allow this last munificence.