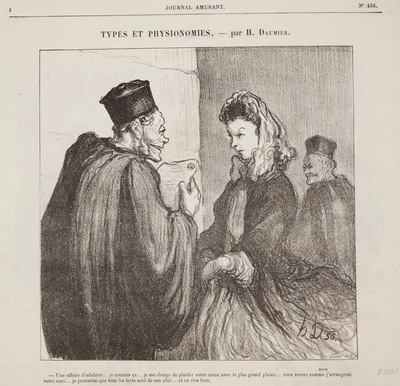 Translation: A matter of adultery ... I know that ... I take charge of pleading your cause with the greatest pleasure ... you will see how I will arrange your husband ... I will prove that all the wrongs are on his side ... and we will laugh well.