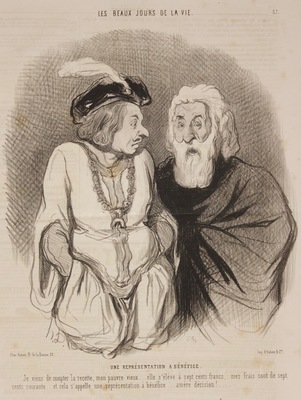 Translation: REPRESENTATION HAS A BENEFIT. I just counted the recipe, my poor old man ... it amounts to seven hundred francs ... my costs are seven hundred and sixty ... and this is called a performance for profit ... bitter derision !.....