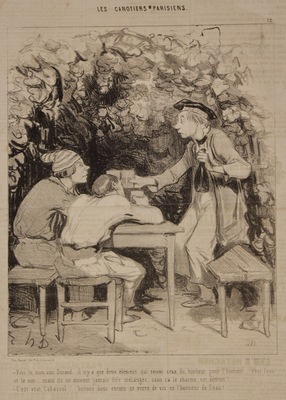 Translation: - You see, my friend Durand ... there are only two elements that are those of happiness for man ... it is water and wine ... but they should never be mixed, without that the charm is destroyed! .... - It's true, Cabassol .... so let's drink this glass of wine again in honor of the water! .....