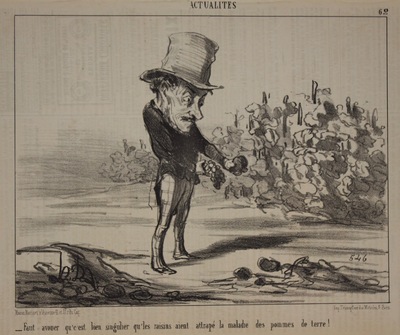 Translation: It must be admitted that it is very strange that the grapes caught the potato disease!