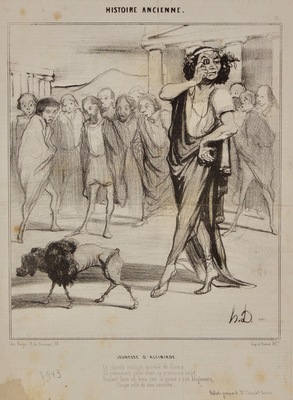 Translation: YOUTH OF ALCIBIADE. This gleaming dandy, haloed with flowers, So skilfully curved in his rich presence, Wanting to one day queue up his jokers, Cut off that of his poodle. (Greek ballad of Mr. Théoph. Le Gautier.)