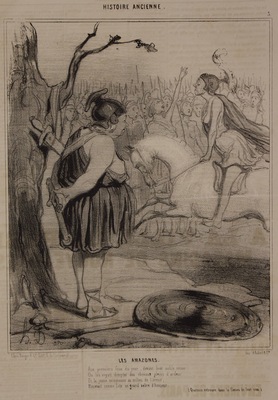 Translation: THE AMAZONS. At the first light of day, before their noble queen They were seen taming horses full of zeal. And the young winner in the middle of the arena Like Litz received a large saber of honor. (Quatrain found in the river of their name).