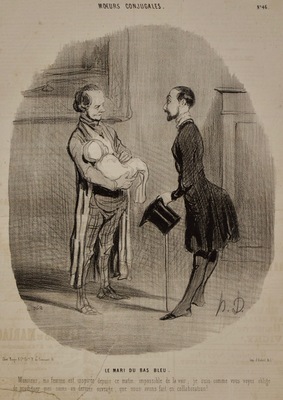 Translation: THE HUSBAND OF BAS BLEU. Sir, my wife has been inspired since this morning: impossible to see her; I am as you see obliged to lavish my care on the last work, which we did in collaboration!

Edges of paper is worn. Tear from lower right to middle. Some water damage.