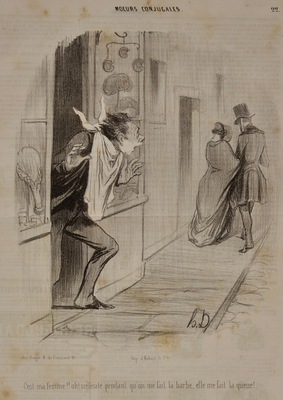 Translation: It's my wife!! Oh! scoundrel while they beard me, she makes me queue!