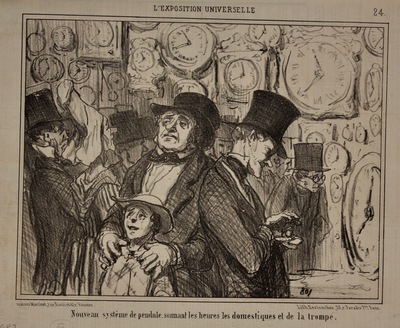 Translation: New pendulum system striking the hours of the servants and the horn.