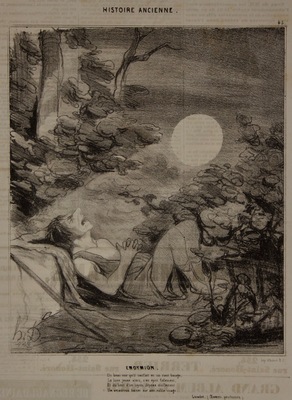 Translation: ENDYMION. One fine evening he was snoring in a laughing bocage, The moon, young then, fell madly in love with it, And at the end of a ray laid limply A lover kissed on his noble face. Girodet (posthumous works).