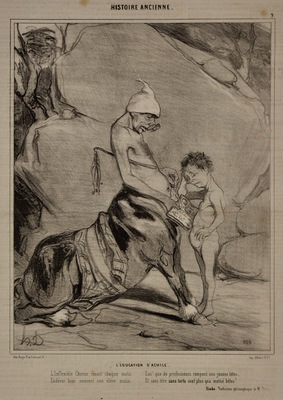 Translation: EDUCATION OF ACHILE. The Inflexible Chiron celebrated every morning Often raising his mischievous pupil. The ace! how many teachers break our young heads, And without being without guilt, are more than half stupid! Iliad, Philosophical translation of Mr. Patin.

Foxing on paper around lithograph