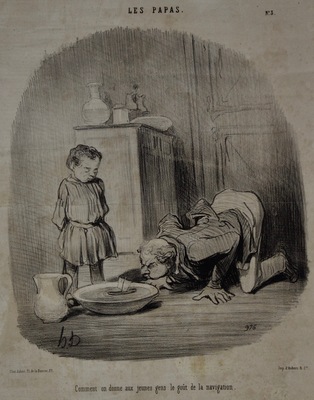 Translation: How we give young people a taste for navigation.

Glued to cardboard. Crease through middle