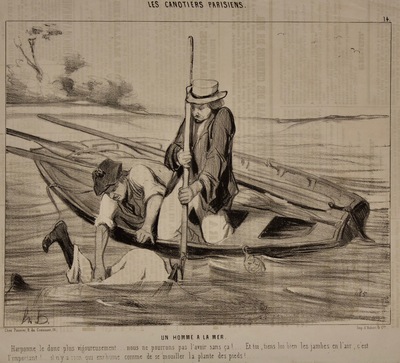 Translation: A MAN OF THE SEA. - Harpoon it more vigorously. . . we cannot have it without that! ... - And you, hold him well with his legs in the air, that's important! . . there is nothing that catches cold like getting the soles of your feet wet! . . . . .