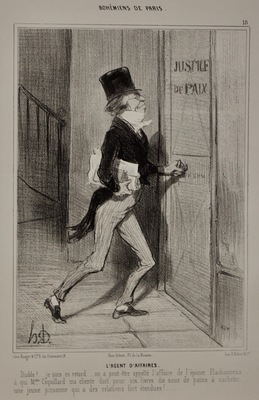 Translation: THE BUSINESS OFFICER. Devil! ... I'm late ... we may have called the case of the grocer Flachonneau to whom Miss. Coquillard my client owes for six pounds ten cents of bread to seal a young person who has strong relationships ...!