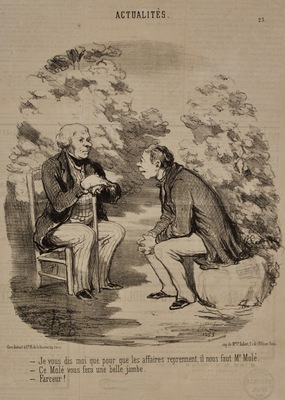 Translation: I'm telling you that, for business to resume, we need Mr. Molé. - This Mole will make you a beautiful leg. - Jester!