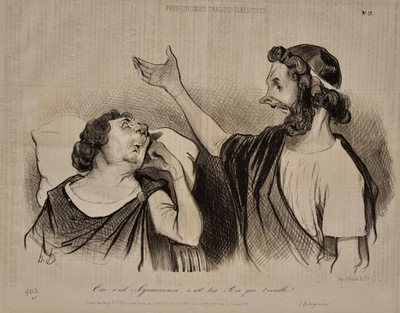 Translation: Yes it is Agamemnon, it is your King who awakens you! .... (Iphigenia).