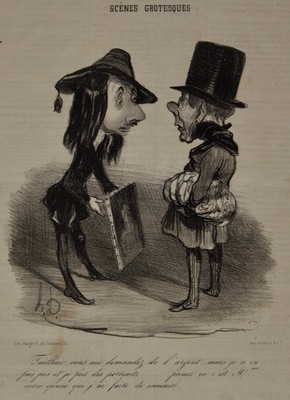 Translation: Tailor you ask me for money, but I do not do it and I do portraits ... .. take this it is Mrs. your wife that I made of memory.