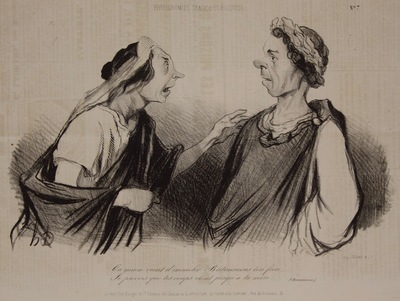 Translation: Your hand has just sacrificed Britannicus your brother, I predict that your blows will go to the mother. (Britannicus)