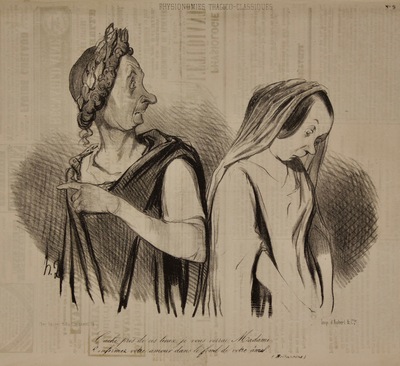 Translation: Hidden near these places, I will see you, Madame; Lock your love in the depths of your soul. (Britannicus)