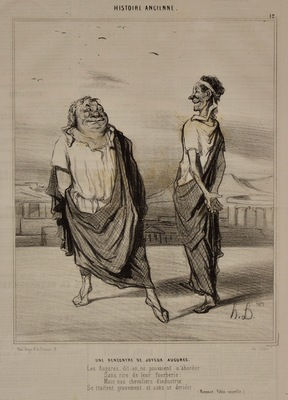 Translation: A MEETING OF HAPPY OBSERVATIONS. The Augurs, it is said, could not approach Without laughing at their deceit: But our knights of industry Treat each other gravely and without cheering up. (Viennet. New fable)