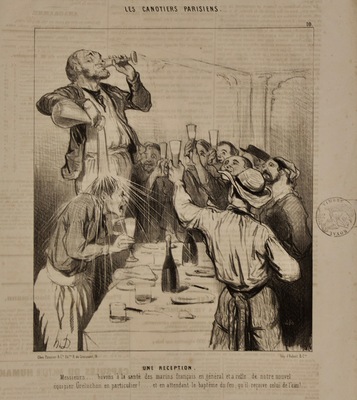 Translation: A RECEPTION. Gentlemen. . . . let's drink to the health of French sailors in general and to that of our new teammate Greluchon in particular! . . . . and while waiting for the baptism of fire, let him receive that of water! . .