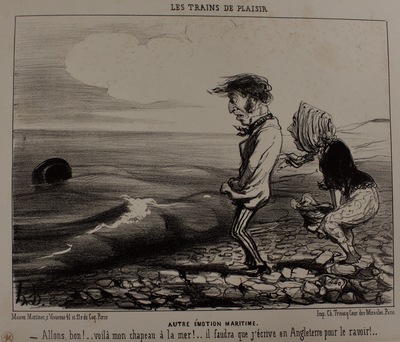 Translation: OTHER MARITIME EMOTION. Come on, good! .. here is my hat in the sea! .. I will have to write in England to get it back! ..