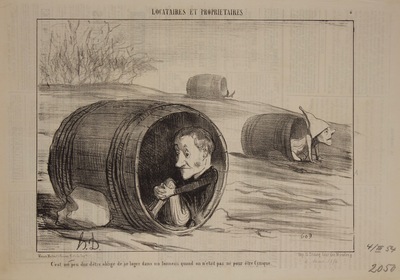 Translation: It is a little hard to be forced into a barrel when you were not born to be Cynical.