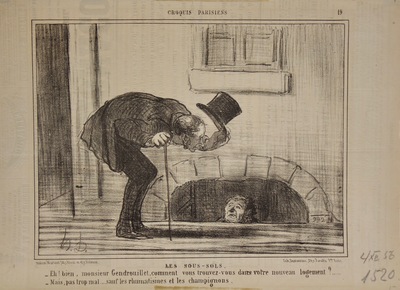 Translation: BASEMENTS. - Hey! well, Mr. Gendrouillet, how are you in your new accommodation? ... - But, not too bad ... except rheumatism and mushrooms.