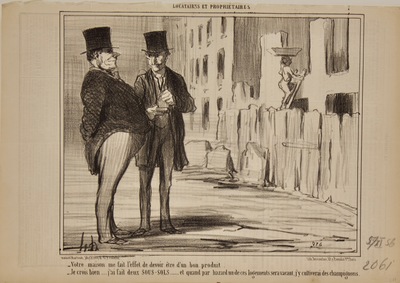 Translation: - Your house makes me feel like I have to be a good product. - I think so ... I made two BASEMENTS .... and when by chance one of these dwellings becomes vacant, I will grow mushrooms there.