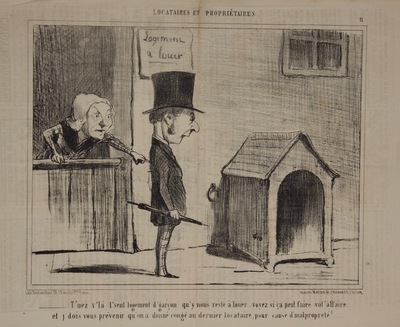 Translation: - Here you are, the only boy's accommodation we have left to rent, see if that can make your business ... and I must warn you that the last tenant was given leave, to cause of uncleanliness! ...