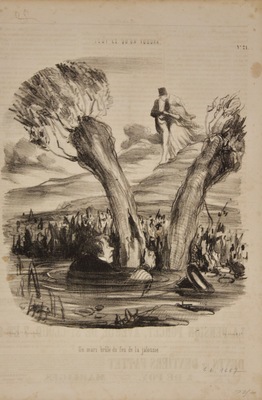 Translation: A husband burnt with jealousy.