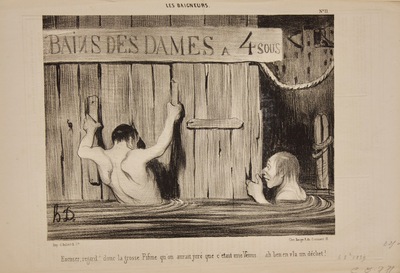 Translation: Excuse me, look ’so the big Fifine that one would have sworn was a Venus…. oh well there is a waste!