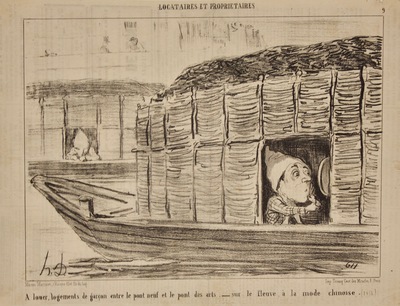 Translation: For rent, boy's accommodation between the Pont Neuf and the Pont des Arts, - on the river, in Chinese fashion.