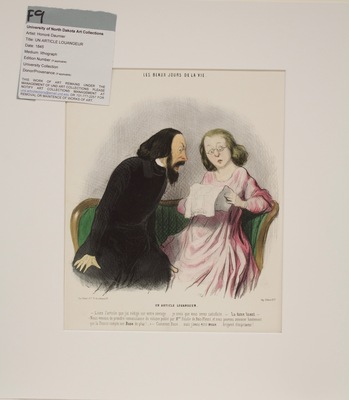 Translation: A PRAISING ARTICLE. - Read the article I wrote on your work ... I think you will be satisfied. - The lady reading - "We have just taken note of the volume published by Mrs. Eulalie de Bois-Fleuri, and we can loudly announce that France has one more Buzzard! .." - Comment Buse ... but I had written muse ... brigand of printer! ...