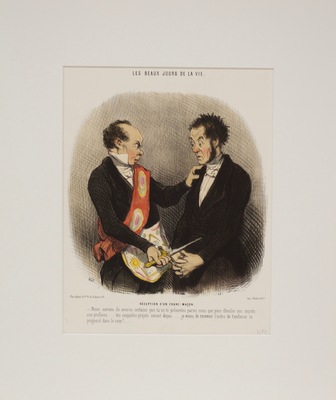 Translation: RECEPTION OF A FREEMASON. - We know from a certain source that you only come among us to reveal our secrets to the layman ... your guilty projects will be disappointed ... I just received the order to drive this dagger into your breast! .. .