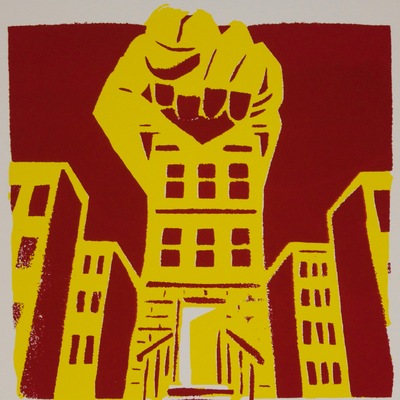 Seth Tobocman is a comic book artist known for radical left-wing art. He is best known for his creation of World War 3 Illustrated, a political comic book anthology started in 1979 with fellow artist Peter Kuper. He also has a reputation as an influential propagandist for anti-war, squatting, and anti-globalist movements in the United States.