World War 3 Illustrated: After The Flood 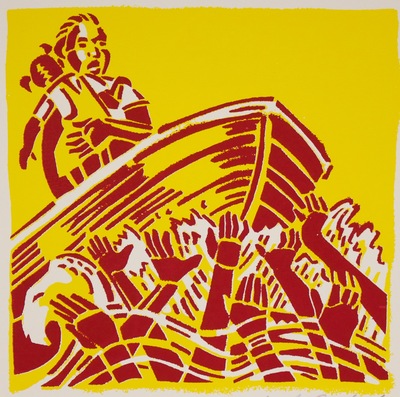 A man holding a child in a boat on a sea of hands.