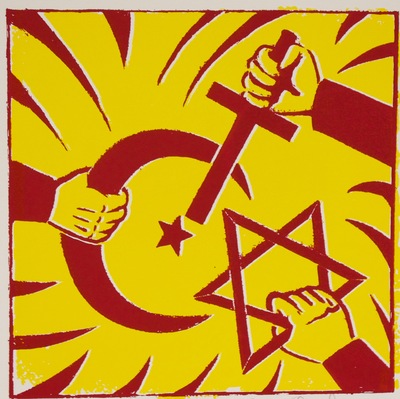 Three hands holding a cross, a Star of David, and an Islamic moon and star.