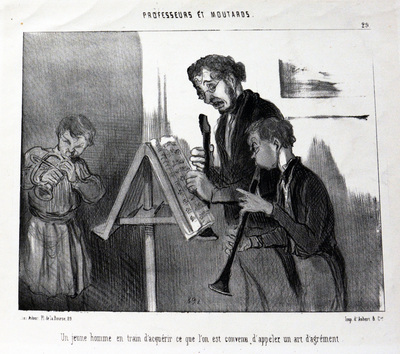 Translation: A young man and his first approaches to the beauty of what is called the Arts.