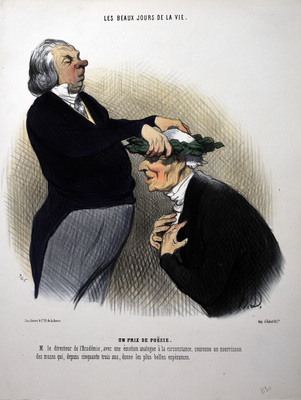 Published in Le Charivari in 1845

Translation: THE PRIZE FOR POETRY

The Director of the Academy, with emotion fitting to the circumstance, crowns the foster-child of the muse, who, since 53 years remains a constant source for great expectations.