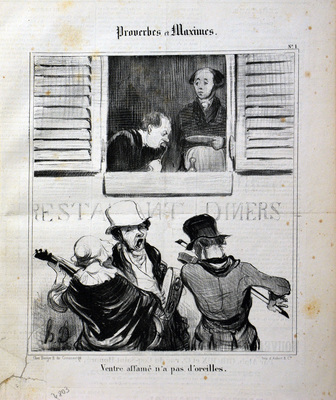 Translation: Hungry belly has no ears.

Tearing in corner, staining and discoloration