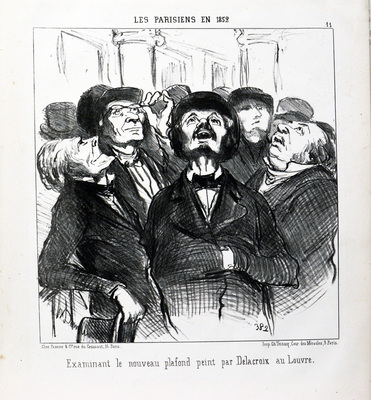 Published in Le Charivari in 1852

Translation: Examining the new ceiling painted by Delacroix at the Louvre.