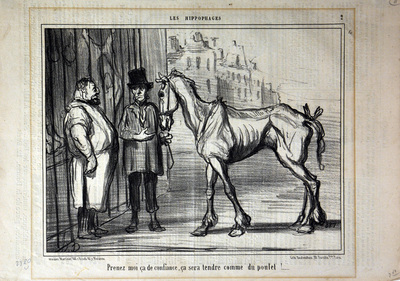 Published in Le Charivari in 1856

Translation: Trust me, it will be tender like a chicken.