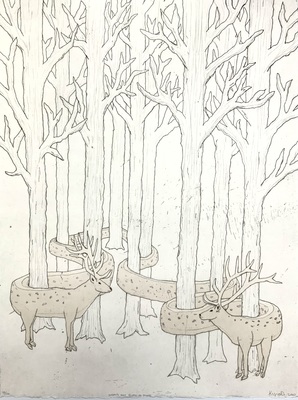 Surrealist work. Two deer in a forest, their back halves are elongated and snake around the surrounding trees and eventually connect