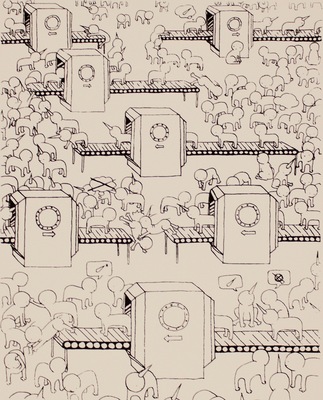 The artist is from Millersville university