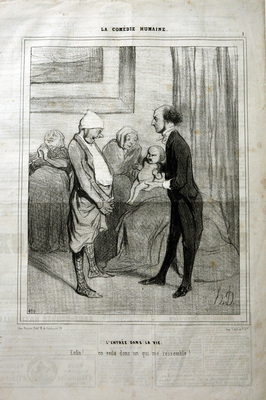 Published in Le Charivari in 1843

Translation: THE ENTRANCE INTO LIFE.

At last!.... there is one who really looks like me!