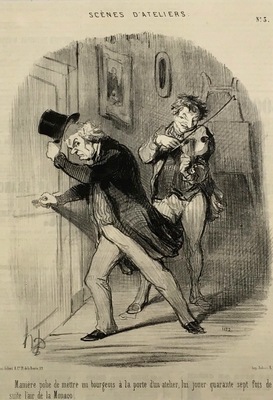 English: Polite way to put a bourgeois at the door of a workshop, play him forty seven times in a row the air of Monaco.