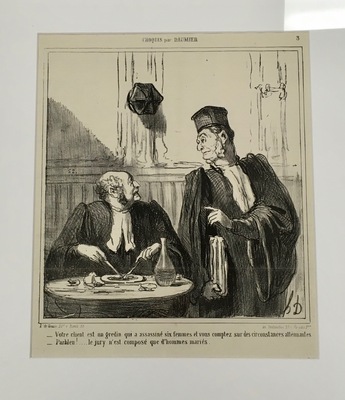 English: Sketches by Daumier. Your client is a scoundrel who has murdered six women and you are still pleading for extenuating circumstances?  Of course!... all the jury members are married men.