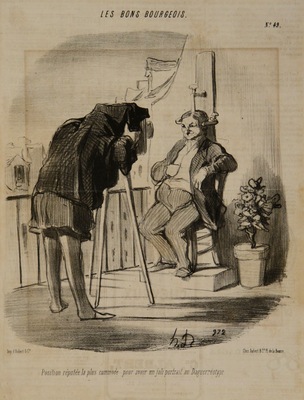 English: Recommended position for having a perfect Daguerreotype portrait taken.

Photography in the 1840s was an exciting new technology—but it had serious limitations, especially long exposure times. In this depiction of a photographic studio, Daumier mocks the contraptions that were used by photographers to keep their human subjects perfectly still to avoid blurry portraits.