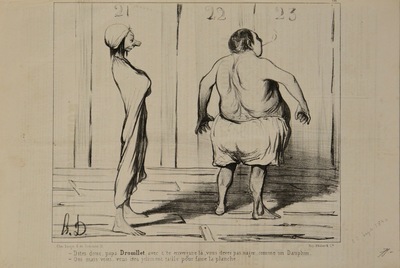 English: Say, papa Drouillet, with that spread do you swim like a dolphin?

- Yes, but you seem especially well shaped to float like a board.

Concerns about one’s body image are nothing new. In this scene, two individuals representing different extremes of the physical spectrum tease each other about the advantages of their respective physiques for swimming.